When I left the Amazon jungle thirty years ago, I had no illusions that I would ever return. In 1988, I was there with my then husband Orlando to see the sights of his homeland Colombia; the Amazon River and Manaus, Brazil were tacked on for good measure. Flash forward thirty years and here I sit, under mosquito netting, the sounds of cicadas and frogs outside and the humid air that hangs on you like wet jeans. This time, I am in the Peruvian Amazon Jungle and half a mile from the Tambopata River, a downstream tributary to the great Amazon River. I am husband-less, older but no less tenacious and traveling with a friend; I think tenacity is a requirement for this type of journey. 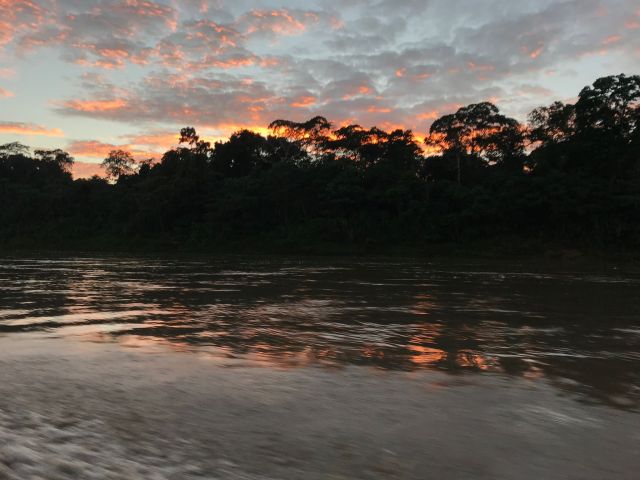 There are many differences besides the language and technology, but there are many things that are magical and otherworldly. This is what I found:

Regardless of the decade, the Amazon is timeless. The water rolls by ceaselessly, the animals still make sounds foreign to my urban ear, and there are a million species of insects who ignore Deet and still penetrate long sleeve shirts. The beauty and grace is unmatched. It cannot be recreated by animation or drawings. It must be experienced. And to do so is life changing.